What Are The Best Heritage Curries In Hong Kong? 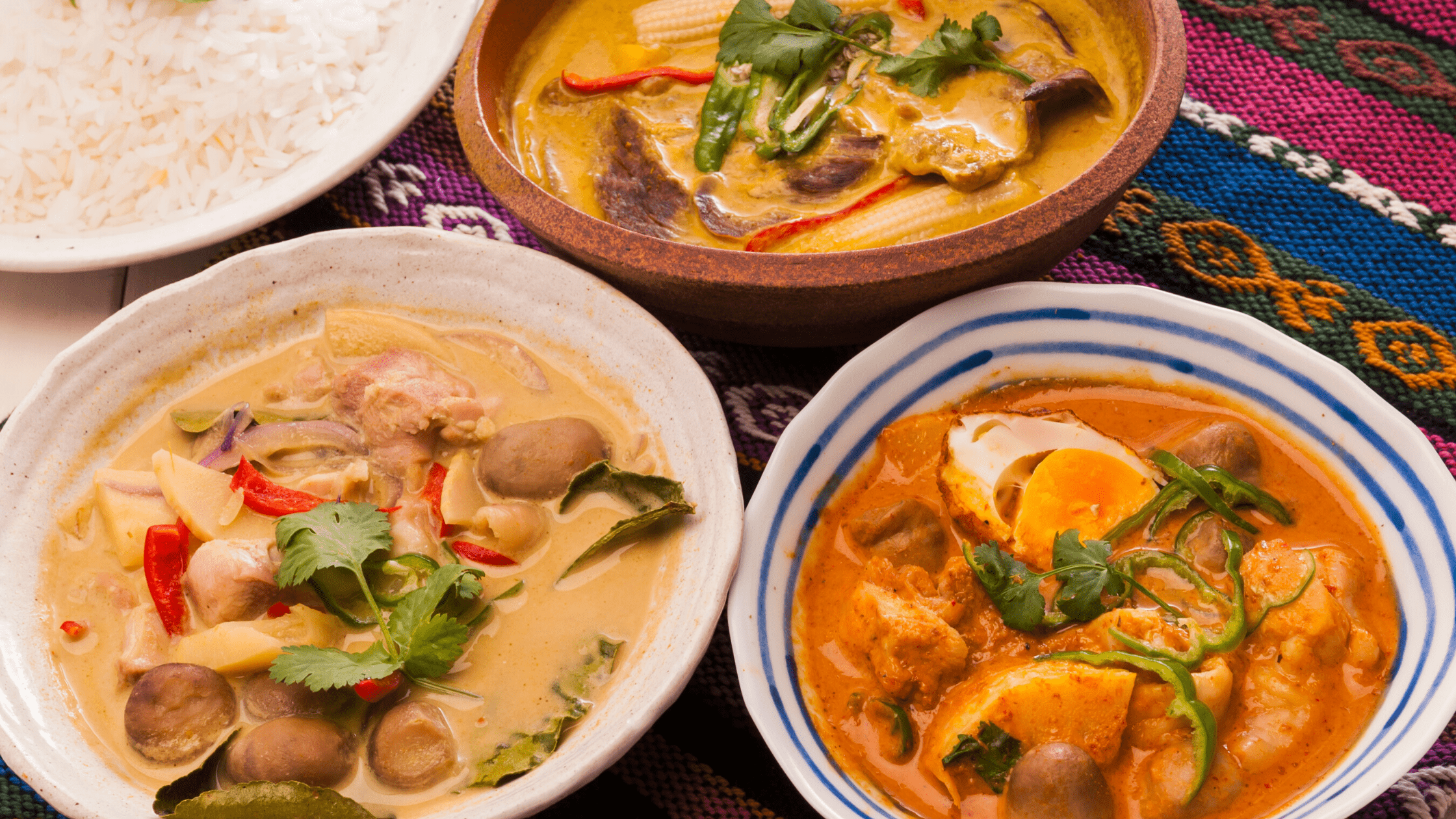 What Are The Best Heritage Curries In Hong Kong?

If you are in love with curries, it’s probably that you have tried a lot of Asian curries. But have you ever tried heritage curries in Hong Kong? If not, then you should not miss these heritage curries that come in many forms such as Indian, Thai, Vietnamese, Malaysian, and much more. The combination of herbs and spices, curry pastes, meats & vegetables, make curries more delicious and you will love its exotic flavors. So, try these heritage curries from the best Pan Asian restaurant in Hong Kong. 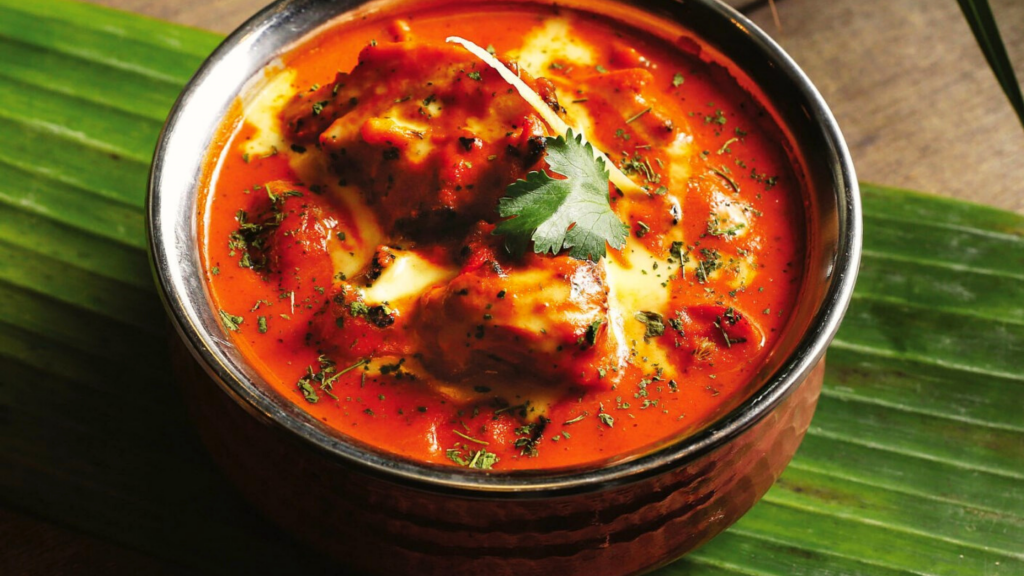 This classic green style curry is very famous from all over the world. The term Kiew means green and whan means sweet so the dish represents sweet green curry. For those who prefer to eat spicy or sweet food, this dish is just for you and is made up of green chili paste, creamy curry, coconut milk, green vegetables, fresh herbs, such as sweet basil leaves, green eggplant, coriander root, and many other ingredients are used. Apart from this, the dish can be made with any kind of meat or seafood and can be served with chicken or fish balls. 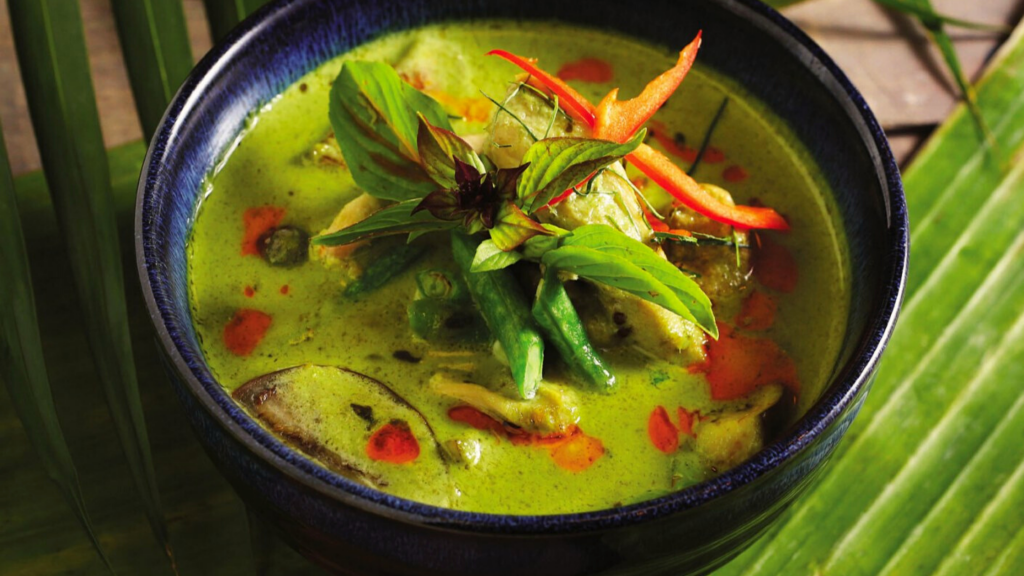 Other common curry is Gaeng Peet which is popular as the name of “red curry”. It is a little bit different from green curry but the ingredients in the pastes are almost the same. Gaeng Peet version paste is less hardcore and is made up of lots of things such as spices, peanuts, red chilies, coriander root, white pepper, lemongrass, shallots, garlic, galangal, kaffir lime rind, sea sale, and shrimp paste. The consistency of this curry is very mild and also it contains coconut milk keeping the texture a bit less liquid. In Hong Kong, the main ingredient in terms of meat is likely to be beef or pork. The dish is usually cooked a bit more slowly as compared to other heritage curries. 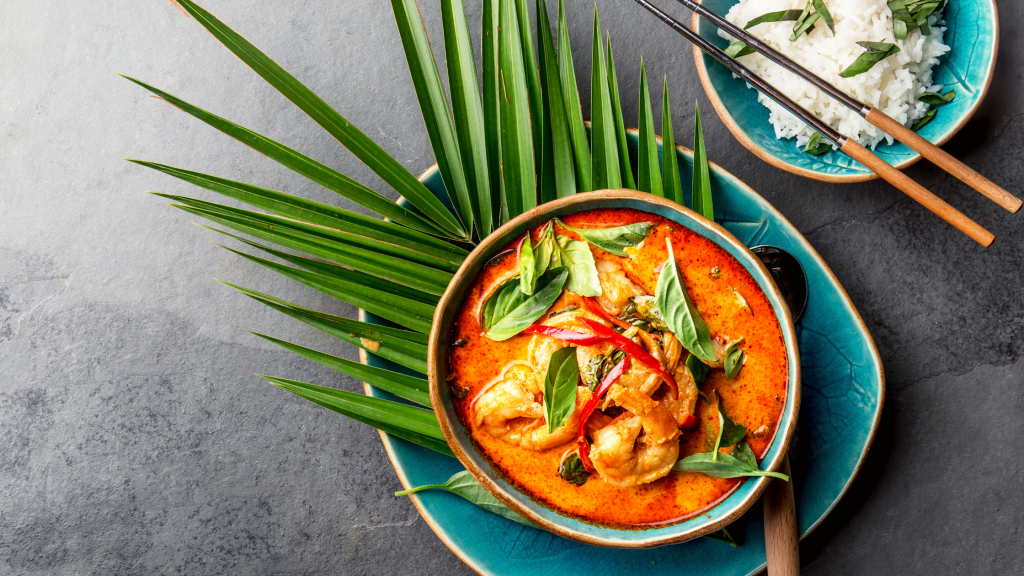 Another most famous Thai food in Hong Kong is “Gaeng Massaman Nua” that you can eat from any Thai restaurant in Hong Kong. The curry takes too much time to cook and is quite mild, which contains coconut milk and many other forms of spices like cardamom, cinnamon, cloves, nutmeg. It usually comes stewed with chunks of potato and sprinkled with peanuts. However, it is prepared with chicken, potatoes, cinnamon, peanuts, nutmeg, and beef which is very common. Sounds mouthwatering? Try this mild and flavorful beef curry classic today with your friends and family. 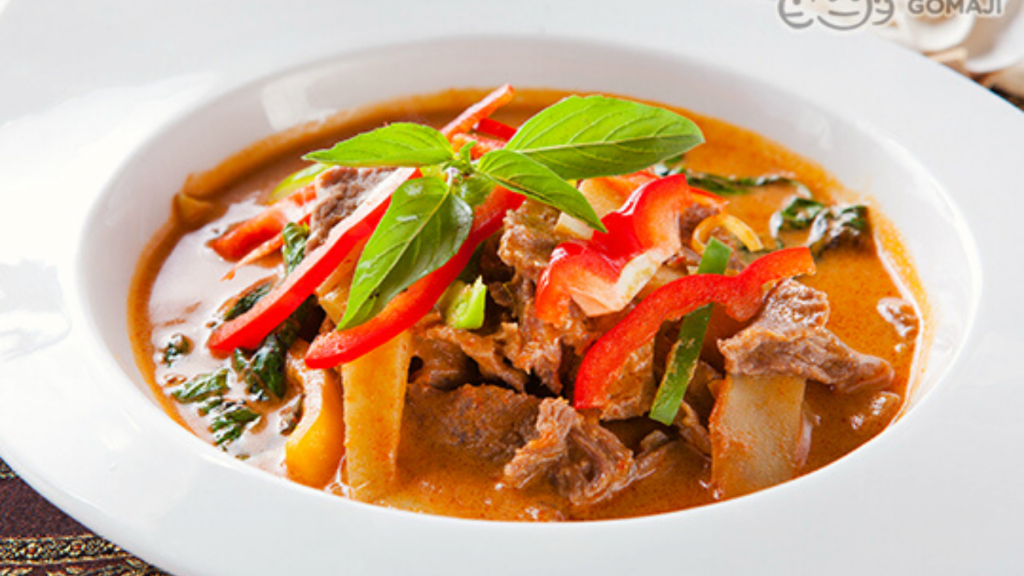 This Gaeng Heluxng is another version of curries that looks yellow in color and is spicier as compared to other curries. The dish originated from southern regions and is somehow made with a liquid fish base which is combined with curry paste and turmeric that makes this dish more yellowish. Mostly it is prepared with some kind of fish, bamboo shoots, green papaya, lotus stems served in the coconut shell. 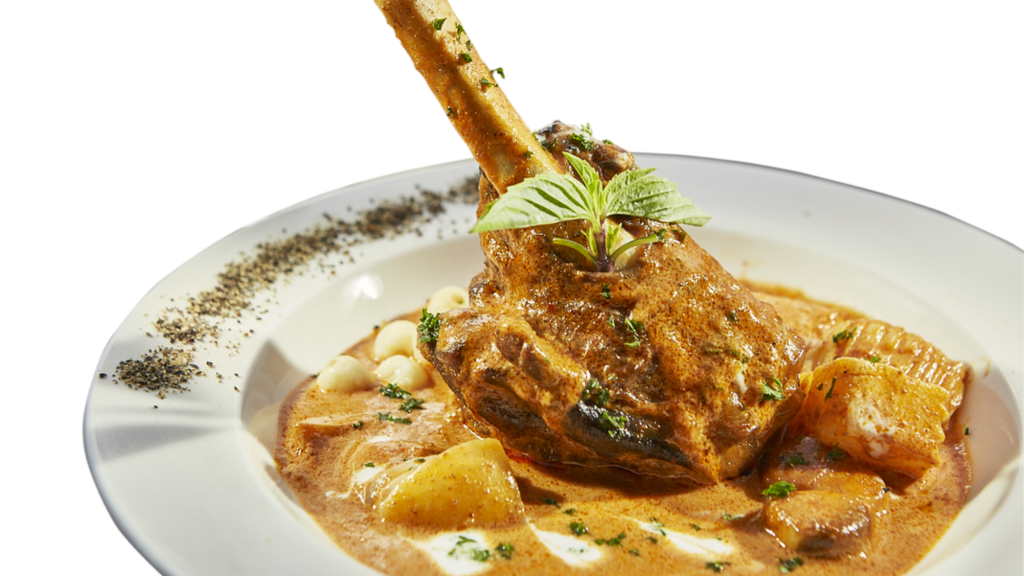 As the name says everything – a diversity of herbs, vegetables, and other ingredients & flavors were added to this curry, which usually means that it can be very healthy for everyone. This is another water-based dish and you will love the exotic taste and flavors of the dish. 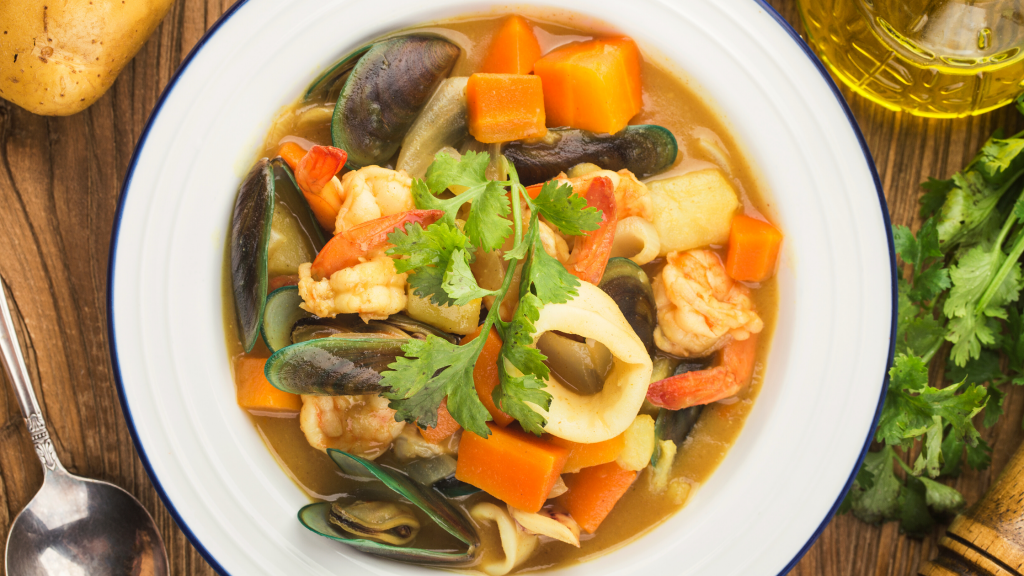 This curry looks like a soup because of no coconut milk is added to it. Since the dish is water-based and has only five ingredients on its paste such as dried red chilies, shallots, sea salt, ginger root, and shrimp paste. The sour element of the dish comes from tamarind, and some kind of tropical fruit like pineapple. 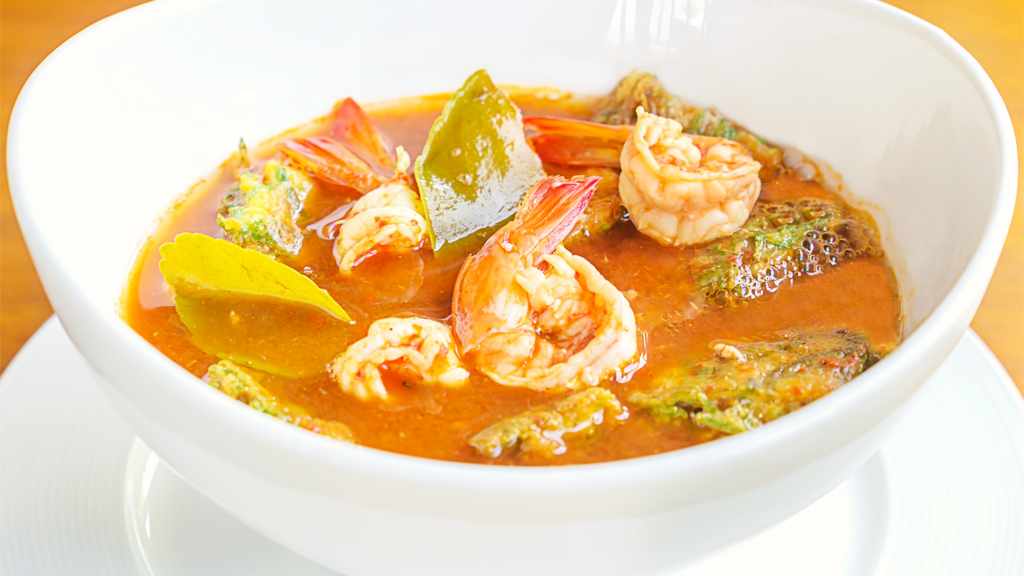 One of the most well-known and delicious curries that people like the most in Hong Kong. Unfortunately, the dish is still not widespread in terms of global Thai cuisines and is served in limited restaurants. It is similar to green curry in terms of deliciousness. Coconut-based curry, mild in taste served over soft egg noodles and topped with crispy egg noodles. With the exotic flavors, rich spicy taste, you can also choose its other additions such as onion, lime, pickled cabbage, chili, crispy noodles that finish the dish perfectly. Some people consider this dish as a noodle dish while others considered it as a coconut curry noodle soup. In terms of texture and taste, this finger-licking curry won many hearts. The paste is made using a mixture of moist aromatic and dry spices that are toasted properly. Other options are beef and chicken served with noodles. What else do you want for? Try Thai food in Hong Kong today. 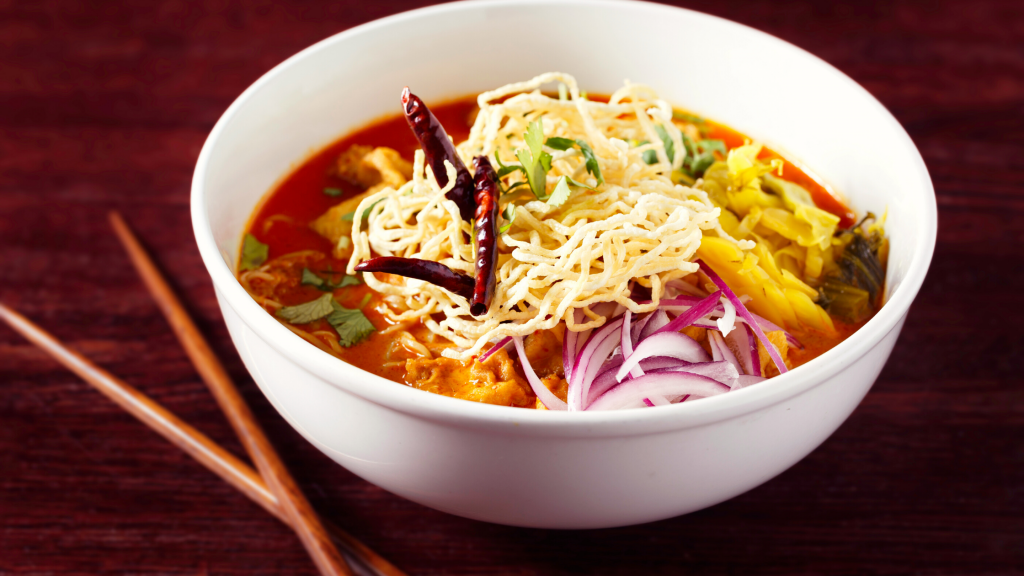 What is Typical Vietnamese Food?