India’s special food often surprises newcomers to foreigners who have never tried Indian cuisines before. No wonder when we find that people say: “Nothing is like Indian food.”

India is a place with some of the best cuisine, and its culture and traditions are diverse. Kashmir valley from the kitchen to the Royal Rajasthan ‘s Rasoi Ghar, Indian flavor and aroma vary, but there is one constant – it is simply delicious.

Here, the good news is you don’t need to visit India in order to try its authentic flavors. Hong Kong and even other countries have a lot of Indian food restaurants serving the same traditional variety of Indian food.

Indians like to use seasonings in cooking, such as curry, chili, cardamom, cloves, black pepper, ginger, garlic, cinnamon, fennel, etc. There are no less than ten kinds of seasonings in each dish. Almost all of them are used in daily food, such as chicken, fish curry, curry rice, soups, etc. In the lives of Indians, they have already skillfully used a variety of complicated seasonings in their daily cooking, creating the mysterious and rich taste of Indian cuisine.

In the Indian diet, rice or naan is often the main food. Rice is slender and smaller than Taiwanese rice. South India likes to eat Roti, and North India mainly eat naan. The seemingly ordinary cake crust has more than 40 to 50 cooking methods. It is a very popular way to eat it with other dishes in India.

If you want to challenge the taste of Indian cuisine for the first time, you can try the following types of cuisine, such as appetizers, Indian oven barbecue (Tandoor), heritage curry, Indian bread (naan & roti) desserts, etc. Each type of cuisine has many variations and often makes people unable to choose.

The so-called “Indian” cuisine is mainly based on tomato and onion gravy products, using a lot of spices to create a unique flavor in each dish. You can also bring different dishes by playing with textures.

The variety consists of thousands of different foods, some are spicier, and some are less, but they all emphasize one aspect-spend time and meticulous preparation of quality food, mixing the right spices.

The second aspect is how the spices are mixed. Indian chefs usually do not want to emphasize only one flavor. They want you to experience various flavors, so you will find both sweet and spicy dishes.

To understand the diversity in Indian cuisine, you can try North Indian chicken dishes or South Indian cuisine rice meals. It will give you thorough information about the different flavors used.

Know the taste of Indian food at your fingertips 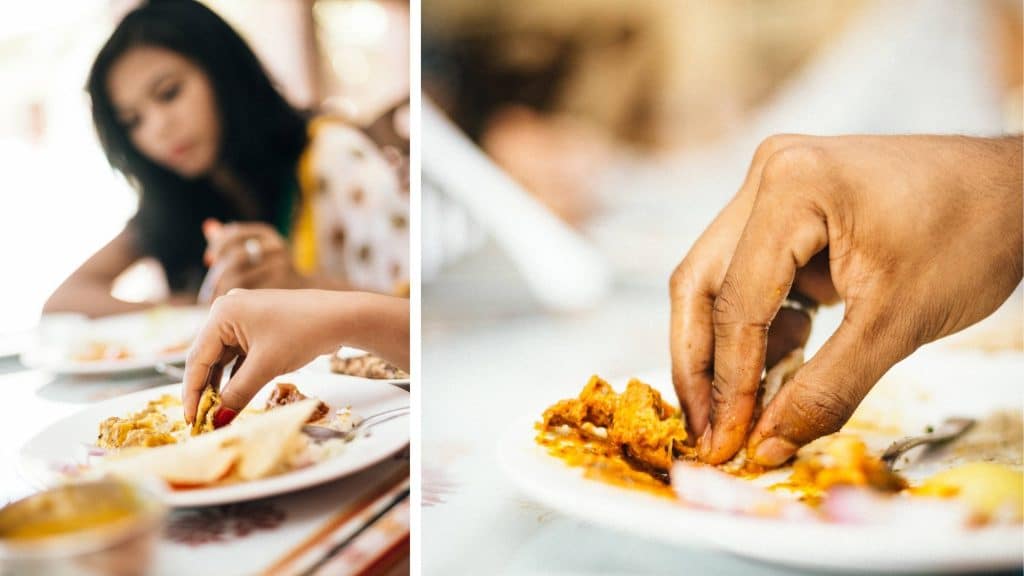 Many people have heard the impression of Indians eating with their hands. Indian cuisine is unique in the world. You must seize the opportunity to taste, experience and feel the charm of Indian cuisine. The rich and varied Indian cuisine is like a visual and tasteful interaction at any adventure Carnival. The distinctive Indian spices often impress Hongkongers and other foreign visitors who have tried it with a deep taste at their fingertips. 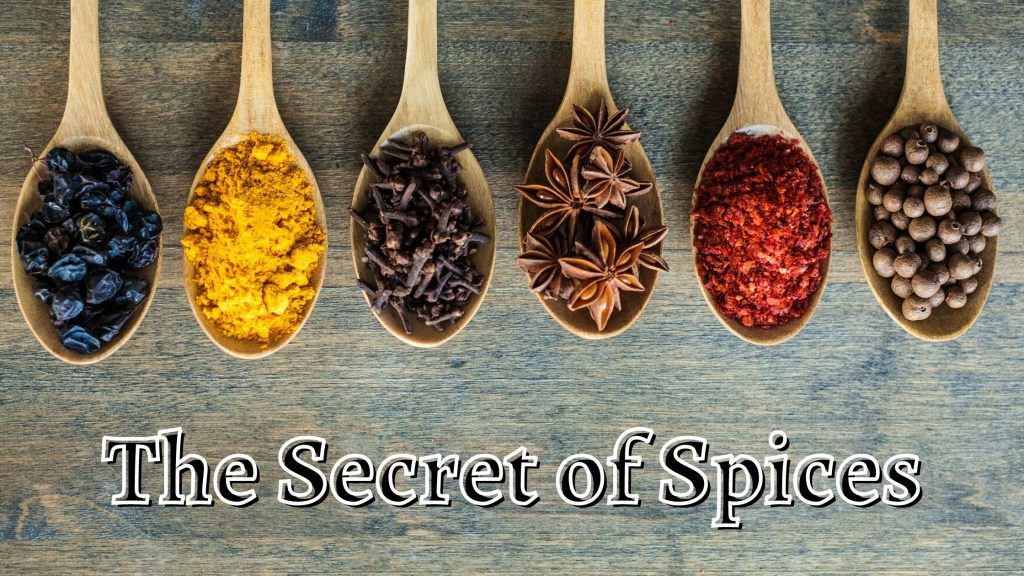 The secret behind Delicious Indian Cuisines

Of all the cuisines and delicacies around the world, Indian recipes are the most mouth-watering!

From the result of combining ancient recipes, we have countless varieties to try Indian food.

But why is Indian food so delicious and mouth-watering? Few people believe that it is the magic of ancient recipes passed down from one generation to another, while some believe that spices are secrets.

No wonder, spices may be the magic wand held by every Indian restaurant, making Indian food so drooling. After all, India is known for its spicy, rich, and aromatic flavors in various foods. I mean, look at lists of Butter Chicken, Paneer Tikka, Chicken Tikka, Gulab Jamun, Dal Makhni, Ras Malai etc. With a variety of their flavors, what kind of food will not become worth drooling?

So now that you know the secret behind the mouth-watering cuisine, you can indulge in the taste of Indian food. This is why people living outside India are looking for Indian food restaurants. 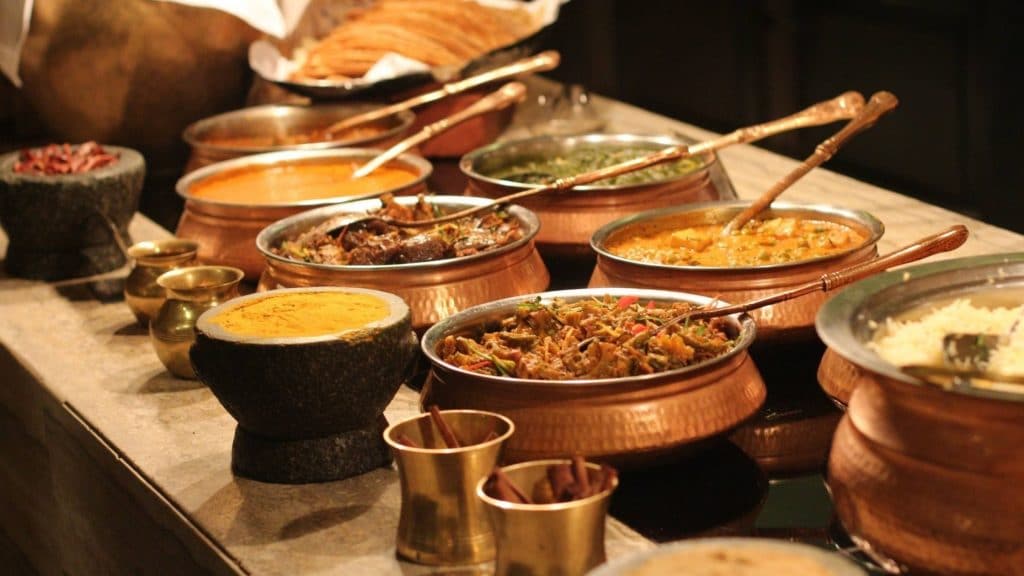 Spices – Indian chefs have knowledge of spices. A skilled Indian chef is able to add a perfect blend of spices to deliver the best taste

Healthy – Indian food is prepared for health. The flavors used are good for you, containing some medicinal properties. Alternative fixation is also used for regulation and excitation.

Taste – Indian food chefs know the taste. They use a large variety of flavors, and their cooking strategy enhances the flavor of the last item. A gifted Indian chef uses flavors like a painter and uses the colors they have become particularly good.

Conventions – Recipes are passed from one era to another, enhanced and adjusted according to personal taste and available pricing.

Unique preparation method – Indian dishes are never made with a single recipe. Every chef uses a different kind of cooking method and thus serves a unique taste.

Classification – The variety of Indian dishes comes from different cultures. They have different origin, ingredients, and they all provide various types of awesome taste.

Color -Eat with eyes and nose before eating with the mouth, Indian food is both fragrant and colorful.

Experience – Indian food provides a unique experience. Whoever try Indian cuisines for the first time, remember the experience throughout their lives.

Finally, don’t only study and think too much, just eat and enjoy the ultimate flavors of Indian food!