How is Vietnamese food different from Thai Cuisines - Mint & Basil 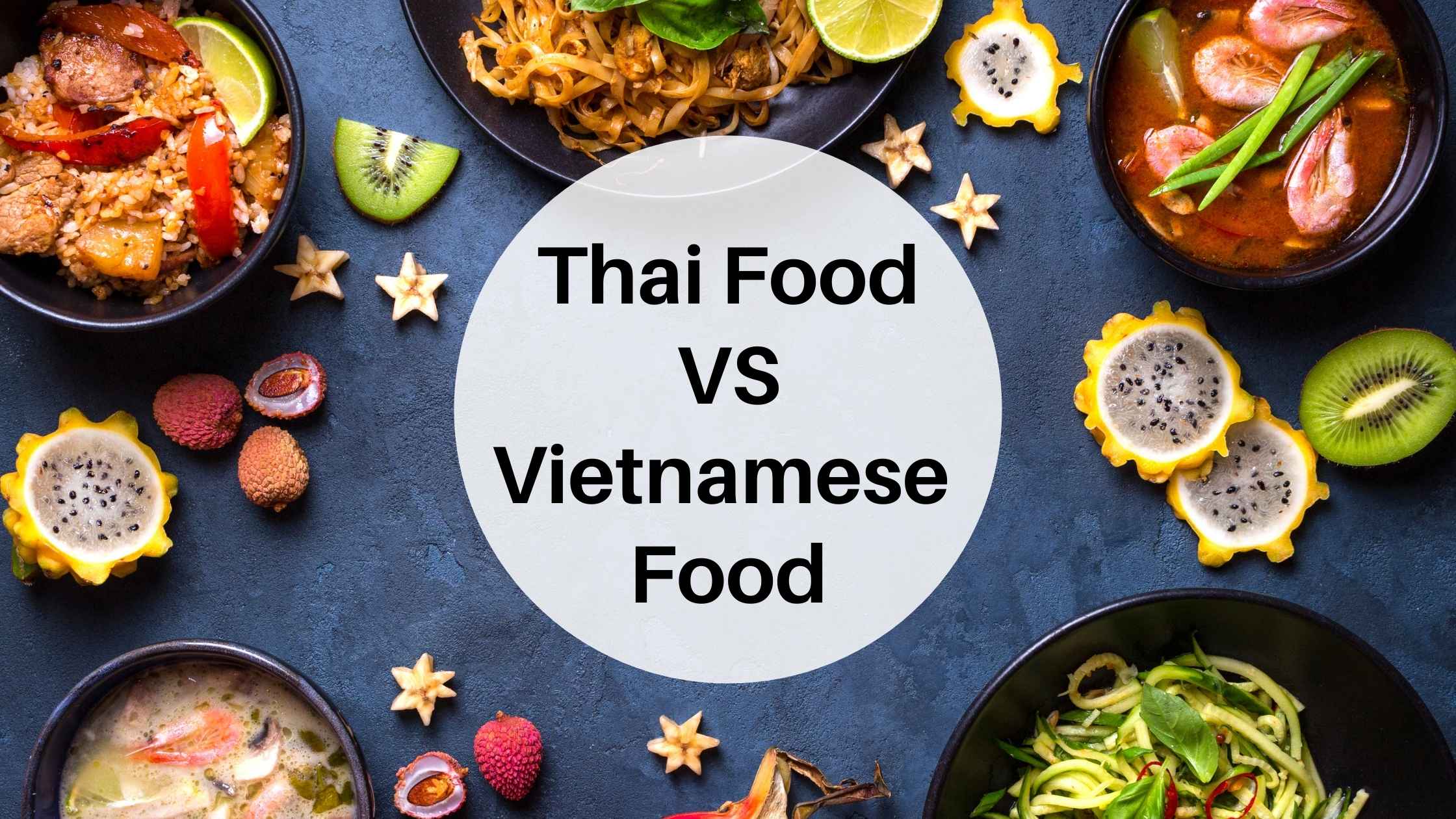 How is Vietnamese food different from Thai Cuisines? Know the similarities and differences.

It is common for people to generalize different dishes to certain cultures because of their similarities. Two cultures that are often confused for their food are Thai and Vietnamese. Where they share a lot of similarities, there are a lot of differences as well.

Of all Asian cuisines, especially Thai cuisine is very popular in Hong Kong. Red, green, or yellow curry with chicken, Thai steak salad, spring rolls or pad Thai. Who doesn’t even get them on their plate on occasions? Nevertheless, there is another Asian brother that should receive as much attention: Vietnamese food in Hong Kong, which excels in terms of health, purity, and balance.

The cuisines of Vietnam and Thailand could not be more different in terms of flavors and ingredients. Thai is more likely to include pork and fish, while Vietnamese food uses more of chicken.

The root of Thai and Vietnamese Food

Thailand is rich in products since ancient times and has the largest rice output in the world. It exported rice to China during the Ming and Qing Dynasties. Because of this, many residents from the southeast coast of China emigrated to Thailand to engage in trade. Before the opening of Hong Kong in the early years, Thailand was a cargo distribution center, and goods from Southeast Asian countries were exported to China. 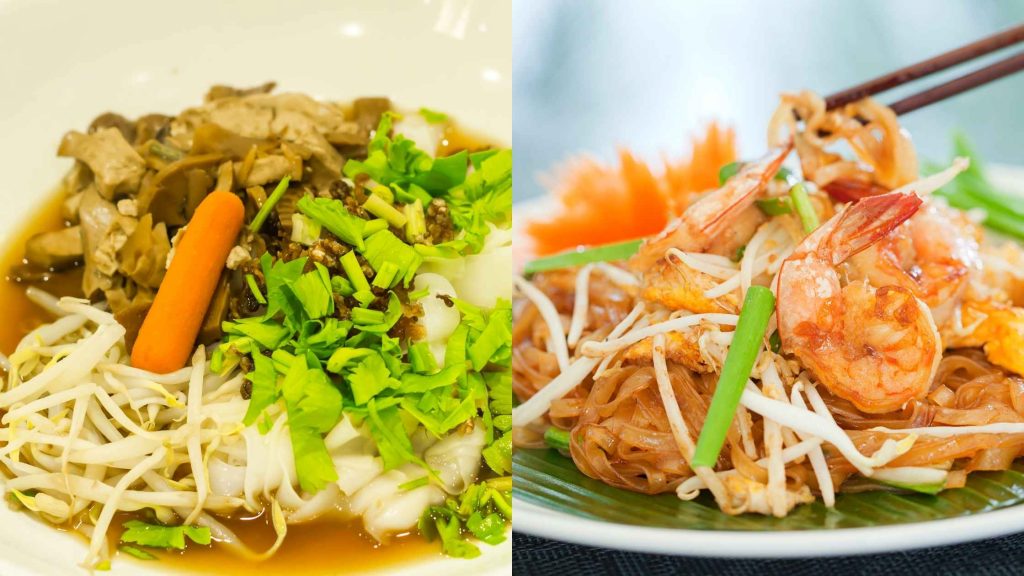 Vietnamese cuisine is deeply influenced by Guangdong and Guangxi. It is one of the few countries in Southeast Asia that use chopsticks as a part of taking meal. The cuisine is divided into northern, central, and southern. The northern cuisine is the most representative of the fragrant beef pho and spring rolls; the central cuisine is more representative than other cuisines. Chili is often used for seasoning, but the spiciness is still not as good as Thai cuisine.

There are too many regional climatic differences, which provide culinary variations. The occupiers of the past decades have all left their mark in bringing changes to Vietnamese food. The influential Chinese brought chopsticks and noodles with them. The Cham added spices and curry. The Mongols encourage the consumption of beef. French brought bread, coffee, yogurt, and cheese. All these influences have been incorporated into Vietnamese cuisine in a new form. Many small side dishes are preferred, and the flavors are also spicier. You will also find the largest selection of vegetarian dishes brought by the Buddhists.

The Difference in Flavors…

Thai specialties sometimes feel “mouth on fire”, especially when you eat them for the first time. Thai cuisine is certainly spicier than other Asian cuisines. In addition to the spicy element, there are also ingredients such as curry, lemongrass, coconut milk, ginger, or basil. In short, an infinite possibility of mixing flavors.

An important detail to note: the dishes are eaten, not with chopsticks, as in China and Vietnam, but with a spoon. As key ingredients, in particular, be made of shrimp paste and a condiment used to bind sauces.

In Vietnam, the cuisine is distinguished by its abundance of vegetables and its special sauce. Vietnamese dishes also explode with spicy flavors, offering dishes spiced up with aromatic herbs. The taste buds who prefer sweet recipes also have choices in southern Vietnamese dishes. Exit soy sauce, in Vietnam, fish sauce (or nuoc-mam) is the star, and so for Vietnamese food in Hong Kong. But beware, some recipes mix the two, such as loc-lac beef. Finally, a major must in any Vietnamese recipe: rice, eaten in grains or in the form of noodles and pancakes.

Most of the famous Vietnamese dishes, such as Vietnamese noodle soup pho, have their hometown in the north. Because it is colder there, many stews and soups are preferred, and thus they are served as main dishes in any Vietnamese restaurant. Authentic kitchen is also more traditional and stricter in the use of herbs and ingredients. The dishes are mildly spiced, also because the real tropical spices are not readily available in the cooler climate.

Vietnamese food from the south is much simpler. Exotic fruits and vegetables are abundant, and the Mekong Delta supplies the population with fish and shrimp. Many dishes are spiced with fresh peppers, but the main ingredient’s own flavor is always evident. In addition, the South Vietnamese love sweet and sour dishes and curries. Fish and meat are roasted, stewed, or quickly stir-fried. The French influence is greatest in the south of the country: baguette is often part of the meal here. 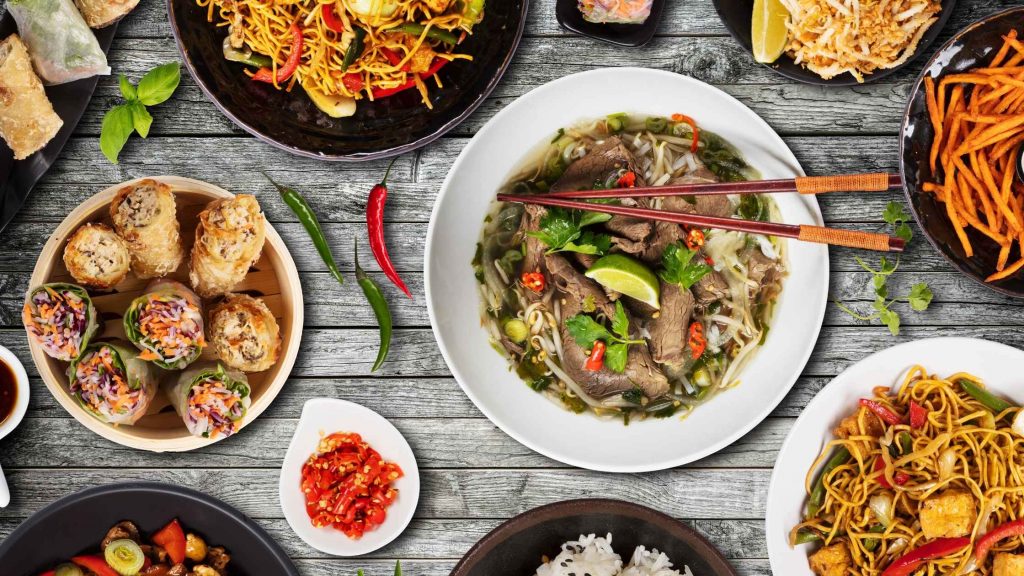 The Vietnamese make good use of fish sauce, lemon, and chili as a base, and then add ginger and other ingredients to prepare the sauce for cold dishes. Although spices are often used, the taste is not too strong, and the taste is light and right, which is very exciting. Common ingredients in Vietnamese cuisine include beef, pork, chicken, seafood, lettuce, etc. They are grilled, boiled, steamed, fried, etc. Some dishes are also cooked with coconut juice. The famous Vietnamese dishes “coconut shrimp” and “broiled pork”. It means using coconut milk instead of boiling water to add to the dishes, and the taste is sweet and delicious.

Thai – The perfect blend of sweet, bitter, spicy, and salty 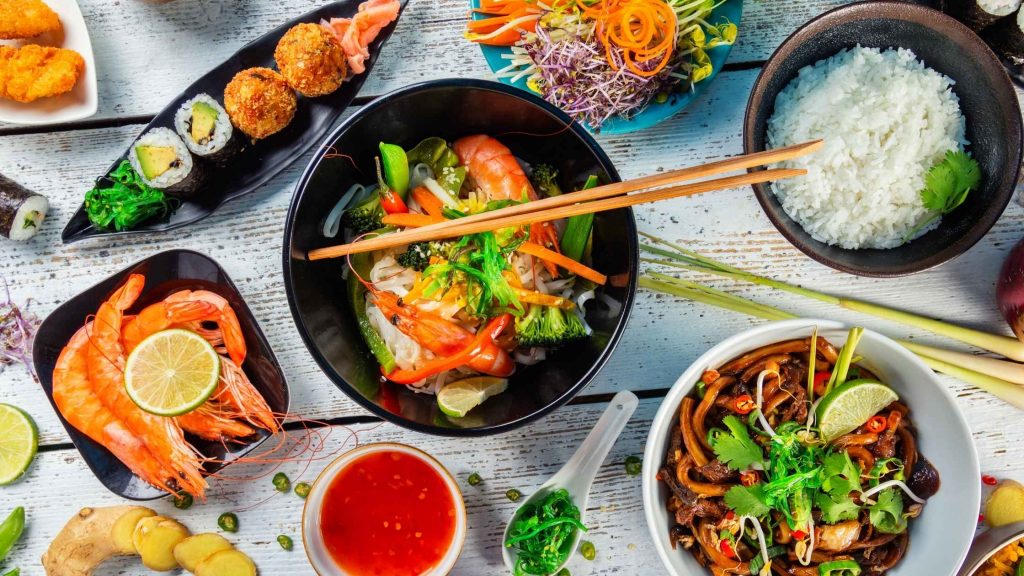 For Chinese people, Thai cuisine is relatively familiar with Southeast Asian cuisine. The taste is sweet, sour, and spicy, and the refreshing cold dishes are very appetizing. The cooking method is the most primitive and simple barbecue or cold salad. Thai green papaya shreds are the representative dishes.

Thai food with a hot and sour taste, Vietnamese food with light but not greasy taste, which one would you choose? Either way, try out authentic Asian dishes at our best Thai and Vietnamese restaurant in Hong Kong.