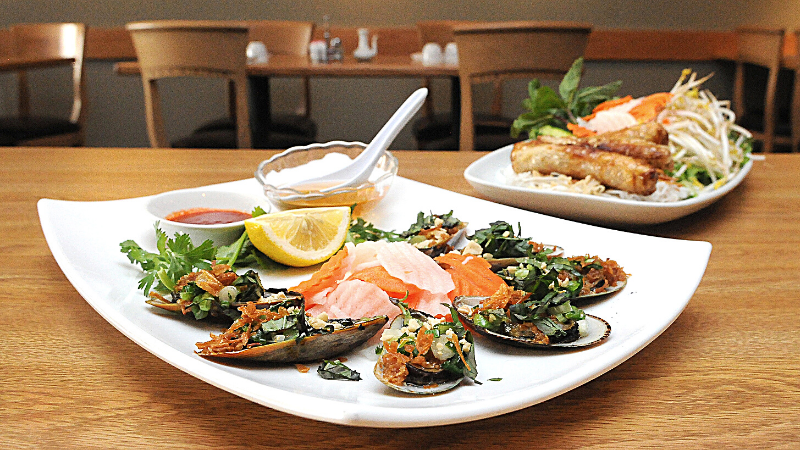 A diabetic person is not supposed to eat tasteless food all his life. It is wholly feasible for a person with diabetes to enjoy flavorful food from a restaurant, provided you know what exactly you are ordering, how it is prepared, and what ingredients are in it. Since not everyone with diabetes has the exact meal plan or fitness goals.

Vietnamese cuisine is usually light, fresh, and nutritional. It is made with herbs and fresh vegetables. But like many foods, you can easily be tricked into a calorie trap if you don’t understand the elements high in fat and calorie-dense. So, this article will give you the list of dishes to choose from and a detailed calorie chart for the best Vietnamese dishes in Hong Kong. 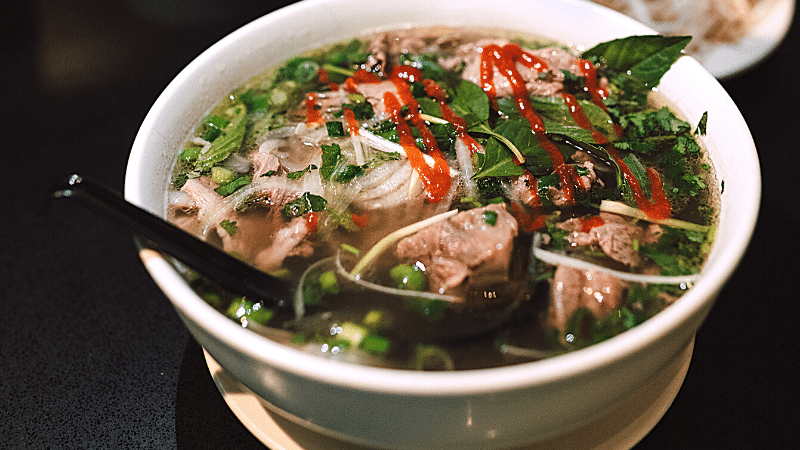 Pho is the ideal Vietnamese dish, and the word Pho translates to the type of noodle used in the recipe. Flat rice noodles are served with medium-rare beef scraps or boiled chicken in wholehearted beef stock. The most famous of the two widely known types is Pho Hanoi.

Initially, it is differentiated by a clear broth from the North and dressed only with a squeeze of lemon and tiny chili slices. The Southern iteration, Pho Nam, has a more indistinct broth and is served with an aroma of fresh herbs like bean sprouts and Mint and Basil.

The secret to a good bowl of Pho lies in the broth. The broth is usually infused with aromatic star anise and cinnamon to give a natural sweetness to the mix. This dish is seen on almost every street corner and is consumed for breakfast.

Pho is good for diabetics only with boiled vegetables and boiled chicken added with less salt and spices. 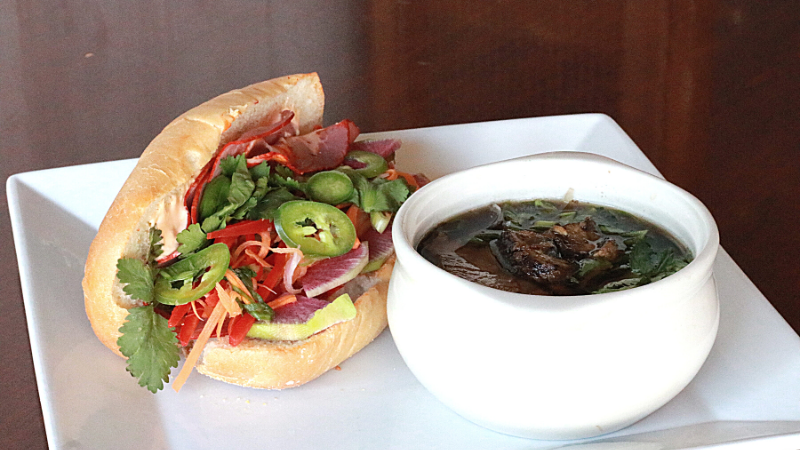 In Vietnamese dishes, Banh Mi is a small baguette with a thin, crisp crust and soft, airy consistency. It is often separated lengthwise and stuffed with savoury components like a submarine sandwich and served as a meal, called Bánh Mì Thịt.

Plain banh mi is also dined as a staple food. Baguettes have been taken from the French, Paté and margarine are spread swiftly across the soft, chewy interior of a baguette. Later, the sandwich is packed with pickled vegetables, fresh cilantro, pork belly, pork floss, onion rings and cucumber. Bite into the crunchy crust and feel the warm roll giving way to the entire scheme of textures.

Not suggested to a diabetic person! 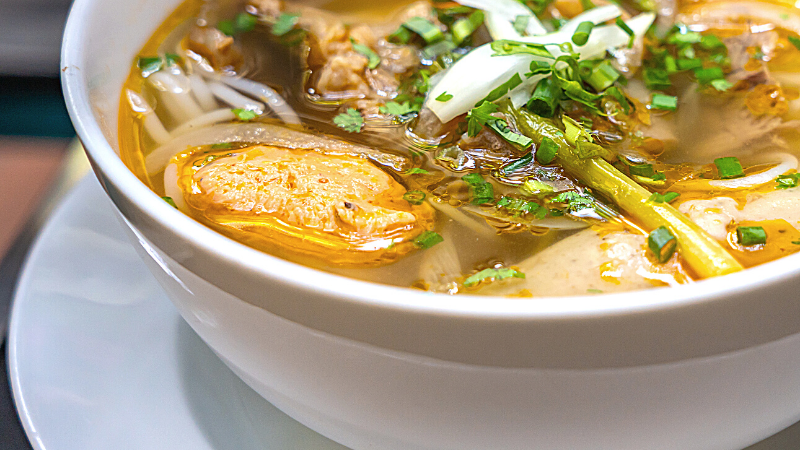 The mythical royal Vietnamese dish, bún bò huế, is an emphatic demonstration of both beauty and flavour. The charming red broth is the first sign of its unique taste made by simmering beef bones and branches of lemongrass for hours to create a citrusy blend.

Boiled vegetables served with tender beef shanks give this passionate affair a bounce. This may look like beef soup. The word Bo is Vietnamese for beef, but don’t widen your eyes when you see sausage swimming in the bowl. Cha Lua is a sausage made of ham paste similar to tofu.

A diabetic person can consume it with a bit of change of ingredients.

A combination of half soup and half salad, mì quảng pulls off an individualism crisis. Being said, don’t let the grace of mì quảng trick you. This sunshine and springy noodle dish from the Quang Nam province in Central Vietnam was a portion of street food. The peppy yellow noodles get their rich colour from the turmeric-infused broth made rich with peanut oil.

Only a scoopful is used to make this soup, which can be garnished with shrimp and chicken or pork belly or even snakehead fish.

It can be consumed by anyone because of nutrional ingredients. 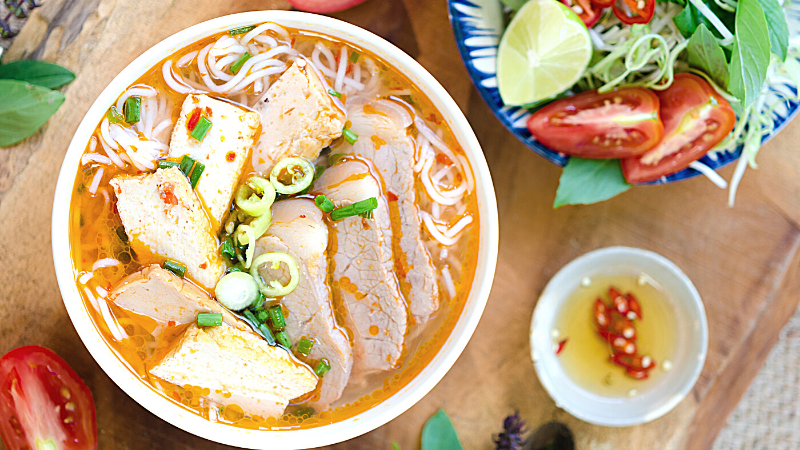 The teamwork of crab and tomato makes bun Rieu a particular dish. A robust soup teeming with acidity, the elements of this meal include a slippery bun, fresh crab meat, blocks of tofu and tossed tomatoes. Cooking a genuine bowl of Bún Riêu is a time-consuming process.

After the crab meat is detached from the body, the shell is then powdered using a mortar and pestle and then strained to form the base of the broth. Paddling around the bowl are stuffed clusters of minced crab mixed with scraped pork and egg that dissolve in your mouth in a bite.

Can be consumed by anyone, you can try this at Mint and basil in Tung Chung, the best Vietnamese restaurant in Hong Kong.

Traditional street food from the South. The Vietnamese version of the kuy teav from Cambodia and guay tiew from Thailand, hủ tiếu is served in a bowl of wet or dry noodles. Generally, a translucent broth made from pork bones is eaten with hủ tiếu noodles.

The recipe hollers for pork on the bone, boiled liver, quail egg, and shrimp. Suppose you ask them to hold off on the congealed pork blood chunks, which make their way into a bowl. The peppered broth sprinkled with chopped green onions also has a palpable sweetness coming from rock sugar.

Vietnamese food can fluctuate your blood sugar level from a range of 50 to 100. The reason for fluctuation is greasy food, high use of meats and high spices.

But a diabetic person can have Vietnamese food with some customization like you can replace noodles with whole wheat noodles, avoid fried meats and replace it with just boiled. Shredded chicken and broth will remain the same with seasoning.

Voila! You got your craving satisfied without raising your blood sugar level!

You can try the best Vietnamese dish in Hong Kong at Mint and Basil, you can request the chef for customization, and we will serve you our flavorful dish.

Are You Craving Spicy Vietnamese Cuisine? Here's The List for You!